Last May, I finally took the plunge and bought Myrtle, a dress pattern from Colette Patterns. I took sewing in 4-H many, many years ago but hadn’t really sewn anything other than baby clothes and bibs since then, but I was willing to figure stuff out as I went and Colette’s instructions are always very good so I sallied forth.

My first seam did not go very well. 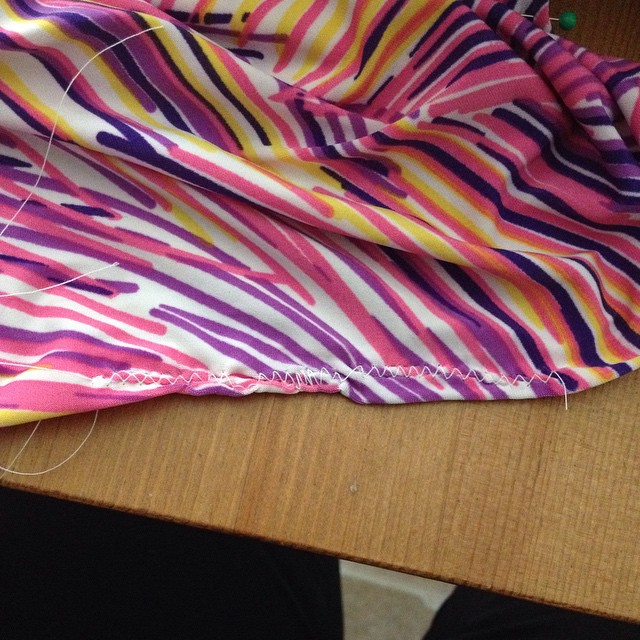 When I bought my fabric, I bought it online (like nearly everything else I purchase) so I didn’t get to feel it beforehand and when it arrived, I didn’t realize it would be quite so slinky. It was next to impossible to sew with and bunched up and stretched out and I very seriously considered lighting it on fire instead of sewing a dress with it.

I soldiered on and through some trial-and-error discovered that if I sewed with a layer of tissue paper underneath the fabric, it stabilized it enough that I could actually sew it like normal.

I made a bodice! 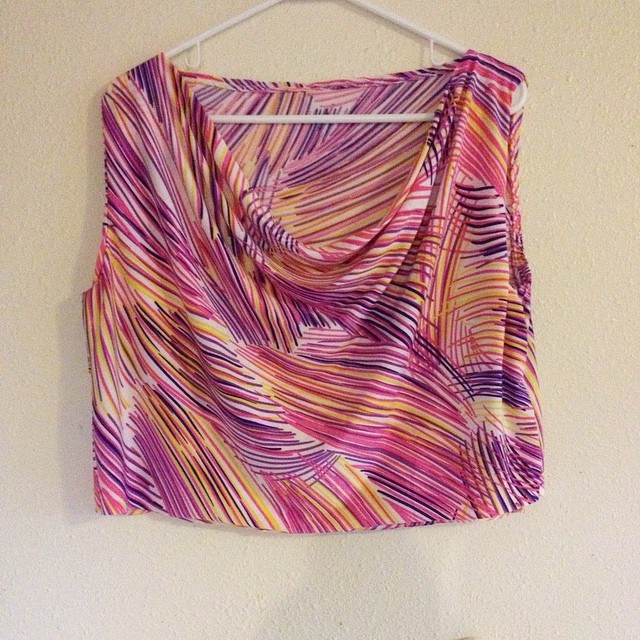 And then I attached the skirt! 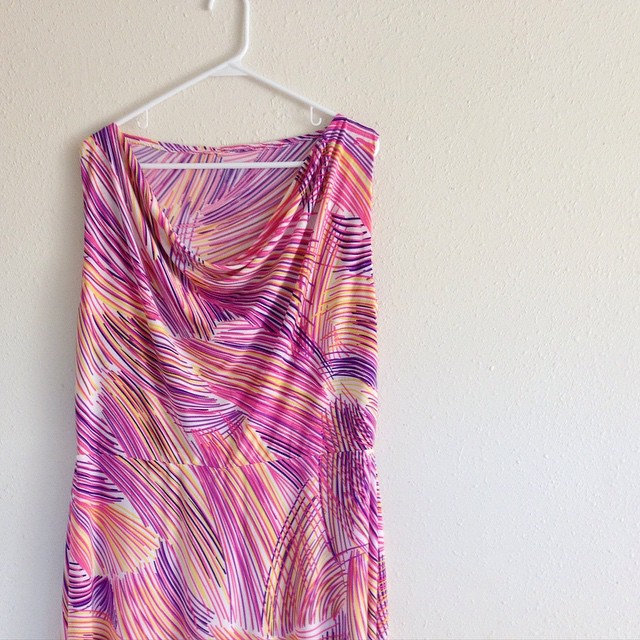 And then it sat for months while I ignored it!

The next step was installing an elastic waistband and the thought of sewing so many slippery layers and then doing it again to encase the elastic made me fall apart so I just let it sit. Finally, I brought it to a craft night at my MIL’s house and sat and marked the 1 3/8″ seam and then dutifully pinned it all the way around. I also serged the hem because I didn’t have a serger at home

It sat that way for a few weeks until Thora took the longest nap of her life (FOUR HOURS OMG) and I sped through the last few steps. I borked the second seam by leaving the bodice tucked inside the skirt, so what I ended up with was a dress with a flap containing elastic hanging on the inside. I seam-ripped that out and untucked the bodice and re-did that seam so the elastic casing was created properly.

Hemming was an unmitigated disaster. I almost don’t even want to talk about it.

But! It was finally done!

I got really overexcited and wore it to work the next morning, where I saw a zillion people yet nobody said anything about my dress, leaving me without the opportunity to respond, “Thanks! I made it!” Therefore, it’s possible that it really does look as Susie Homemaker to other people as it does to me, haha.

I am a pretty solid size 14 with huge boobs, so I used the size 14 pattern, graded to a 16 for the bust. It’s a pretty flowy, forgiving bust anyway so I probably would have been okay with a straight 14 but I figured going up to a 16 couldn’t hurt.

I would never intentionally sew with this fabric again. The tissue paper trick worked, but it was super annoying to deal with.

Hemming was terrible. I should have just left the edge serged and called it a design feature instead of trying to fold it over and hem it.

Daniel gave me a serger for Christmas (!!!) so I am really exited to sew more knits. I have the Moneta pattern and some magenta cotton jersey knit waiting in the wings, so that might be my next project. I do have a yard of black and white fabric I wanted to use to make a little pencil-y skirt to wear over leggings (kind of like this but not quite), but it’s made from the same material as the dress and I need a break from that! I discovered Cashmerette patterns recently and I’m dying over this Washington dress. The bodice and waistband are knit but the skirt is woven, which means you have a way larger selection of fun fabrics to use for the skirt. And it’s made for large-busted ladies like myself! Exciting.